During my daily commute from Zurich to Bern, I often noticed a big castle positioned on the Aare River. Finally, after 9 years of commuting I finally visited with a friend. This hike from Outdoor Active is a easy stroll from Olten to Aarburg, followed by a 7 kilometer hike including a 250 meter ascent to the Sälischlössli and a pass by an animal park on the way back to Olten. We included a visit inside the Festung Aarburg, an old castle which is now in use as a Jugendheim (Juvenile Detention Center) for boys aged 16-20. For this reason, visiting the castle is limited and currently, there is only one 1.5 hour tour per week on Saturdays at 14:00 (in Swiss German). It was well worth the visit.

The walk to Aarburg is along the Aare by meadows, train tracks and farms. 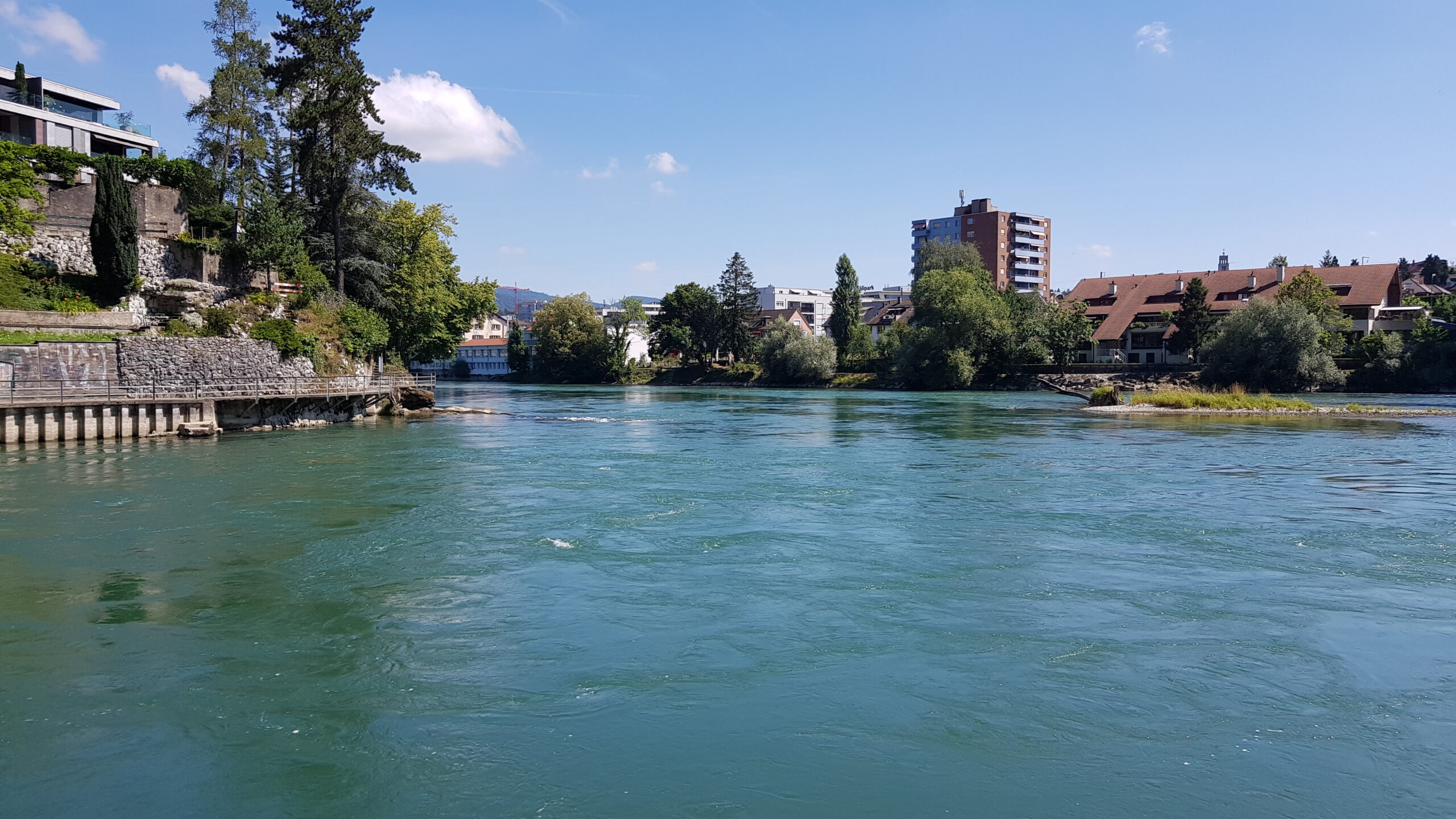 At 14:00 on Saturdays, the Festung Aarburg is open for a guided tour in Swiss German (cost 10 CHF). The guide explains the castle’s construction history, life in the castle, how the rooms were used and a bit of how it is used today as a juvenile detention center for boys aged 16-20. The fortress, strategically located at a narrow point of the Aare River, is built into a massive spur of rock with steep walls on the outside.

After the castle visit, we continued to the Sälischlössli, a small castle with a restaurant built in 1870/71 as an expansion of a castle ruin. After the walk up, the Restaurant Sälischlössli is a relaxing place to have an ice cream (or french fries) and a great view.

The way home passes by an animal park. Unfortunately, the raccoons were not out but we did find some handsome deer.

This 11.5 km hike from outdooractive.com has a gentle 200 meters up followed by 900 meters down. Travel started with a train from Bern to Interlaken Ost, another train to Lauterbrunnen, followed by a gondola to Grütschalp, and finally another train to Mürren, the starting place of the hike. Highlights include views of the Eiger, Monch and Jungfrau, many waterfalls including at one point the trail going behind a waterfall and an old water-powered sawmill.